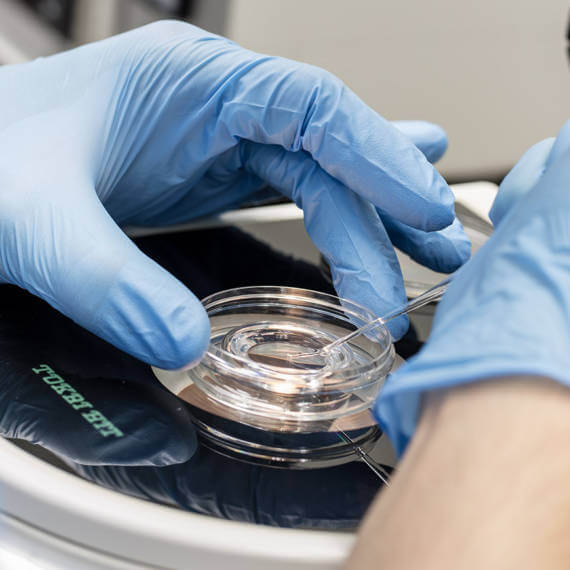 Preimplantation diagnostics – what does this involve?

Preimplantation tests (otherwise known as PGT tests) are used to diagnose the presence of genetic defects and gene mutations in embryos created through in vitro fertilisation before they are transferred into the future mother’s body. Hereditary genetic defects, which can be detected during preimplantation diagnostics, cause physical and mental disabilities or may contribute to miscarriages and premature death of the born child.

Using state-of-the-art microsurgical technology, cells are harvested from the embryo. Optimally, cells are taken from embryos at the blastocyst stage – on the fifth or sixth day after the IVF procedure. Several trophoblast cells are taken through an incision made in the transparent sheath of the embryo. At the time the test is performed, the embryo consists of several dozen cells.

The most modern diagnostic method, and therefore also the most effective, is currently PDG NGS. It uses a next-generation sequencing platform.

Preimplantation testing is intended exclusively for couples who are undergoing infertility treatment using in vitro fertilisation. Before the partners make their final decision to undergo preimplantation diagnostics, the doctor will conduct a detailed medical interview, during which the testing process will also be explained. The interview is designed to fully explain the procedure so that the couple can make a fully informed and considered decision. What are the indications for undergoing preimplantation diagnosis?

Preimplantation diagnostics – why is this worth performing?

Preimplantation testing is the earliest stage of prenatal diagnostics. If a genetic defect is detected in the embryo, the couple has the choice not to have the transfer into the woman’s body. This prevents the difficult decision to continue or terminate a pregnancy of a developing baby with a detected genetic defect.

Preimplantation diagnostics can also provide answers to questions raised in the diagnosis of previous miscarriages whose cause could not be determined. Genetic material that has been analysed during PGT testing is more likely to be successful during the in vitro fertilisation process.

What can be detected during preimplantation testing?

Preimplantation tests are carried out primarily to diagnose chromosomal aberrations. This includes both changes in the number and structure of the chromosomes. Genetic diseases caused by chromosome mutations include the following syndromes: Down’s, Edwards’, Klinefelter’s and Patau’s. Preimplantation diagnostics also allows the detection of single-gene diseases such as

The success rate of intrauterine insemination taking into account clinical pregnancies (ultrasound-confirmed pregnancies) is up to 15.5 %.  The success rate increases to over 40% if 3 treatments are performed in consecutive cycles.

Ovulation stimulation increases the chance of pregnancy after intrauterine insemination, but increases the likelihood of multiple pregnancies.

Insemination with sperm from an anonymous donor – success rate of more than 51% after 3 attempts in a group of women before 35 years of age.

Remember that infertility is a disease in which you need proper diagnosis and the help of specialized doctors. See for yourself that the first visit to the fertility clinic is not a reason to be ashamed, but the first step towards fulfilling the dream of conceiving a child. 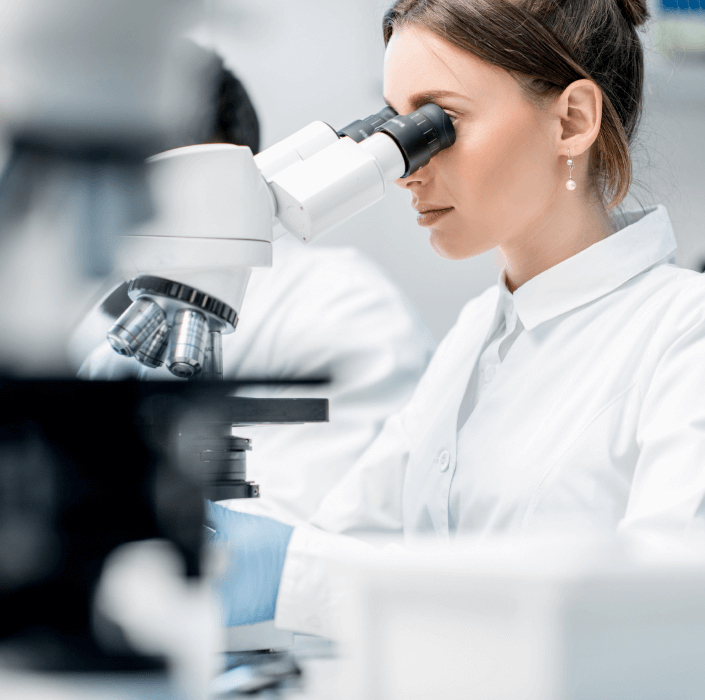